The mission is to explain the truth of the Shroud of Turin by educating Catholic elementary and high school students coast to coast and border to border in the United States. The goal is to place The Holy Winding Sheet in every Catholic school in the nation. 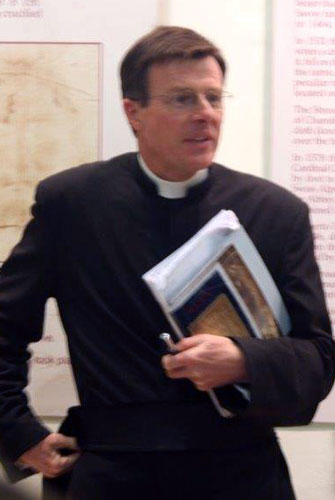 Several years ago when our production company, the Salt River Production Group, was on location in Jerusalem to produce a documentary on the Holy Land, we met Fr. Eamon Kelly, LC. He gave us a tour of the Shroud of Turin Exhibit at the Pontifical Institute Notre Dame of Jerusalem Center. He lamented, because of the 1988 carbon dating, which concluded the Shroud was a product of the Middle Ages, "There are two generations of people who have not been properly educated about the Shroud."

Over the next several years in a number of casual conversations about the Shroud, the authenticity of the Shroud was routinely dismissed. The responses would include, "I thought it was a fake." Others would say, "I heard it was a painting." And many confessed, "I have never heard of it."

Those conversations made us realize Fr. Kelly was correct and planted the seeds for the project. We wondered if perhaps our company could produce an educational documentary about the Shroud to a younger audience, most notably high school students.

Through a private Catholic school in the Archdiocese of Saint Louis, we met a young man named Parker Dow, who was looking for a subject for his senior thesis. Along with his school counselors in cooperation with our production company, Parker decided to research the Shroud of Turin for his thesis. We followed him for an entire summer as he conducted his investigation.

When Parker began his work on the project, he was surprised to find out most of his friends had never heard of this ancient linen cloth, which virtually all experts agree wrapped the crucified body of Jesus Christ. In the end, The Holy Winding Sheet documented Parker's work for six months, as he met four of the world's leading experts and learned firsthand about the Shroud and why all of them have come to believe The Shroud of Turin is, in fact, the burial cloth of Jesus.

This fascinating program traces the Shroud's journey from Jerusalem to Turin, explores the controversial 1988 carbon dating test, and shows how the image of the crucified man could not have been faked. The Holy Winding Sheet – Exploring the Shroud of Turin is a contemporary look at a mystery 2,000 years in the making. 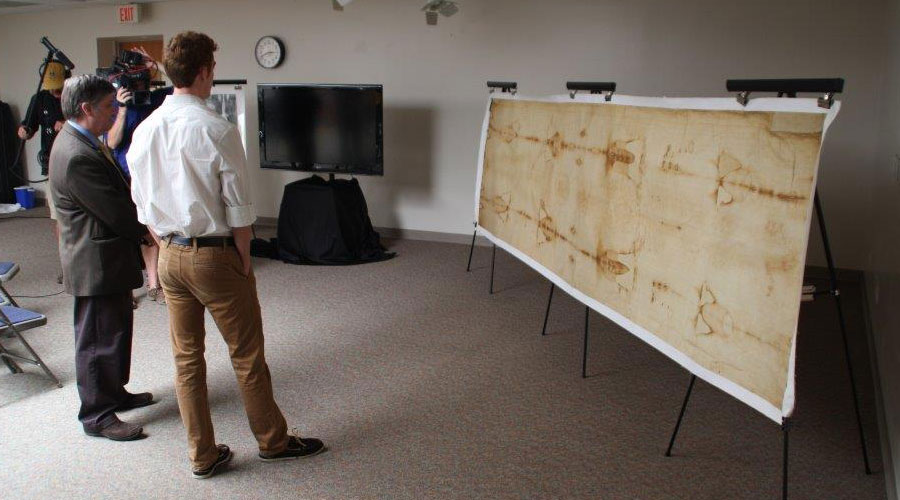 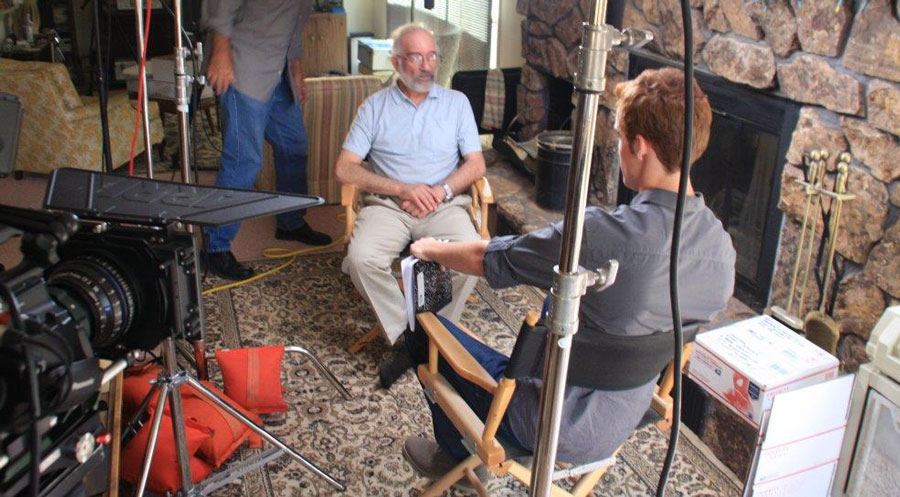 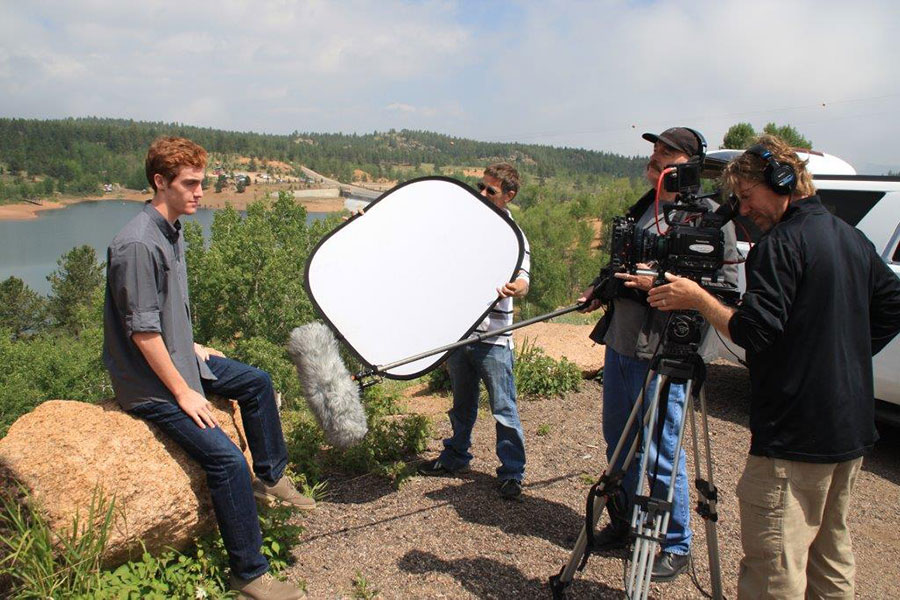 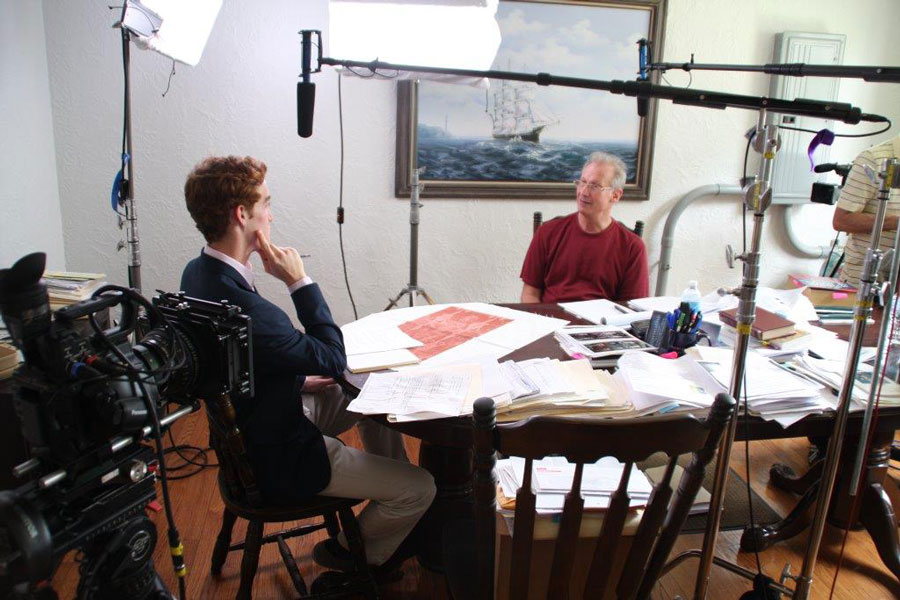 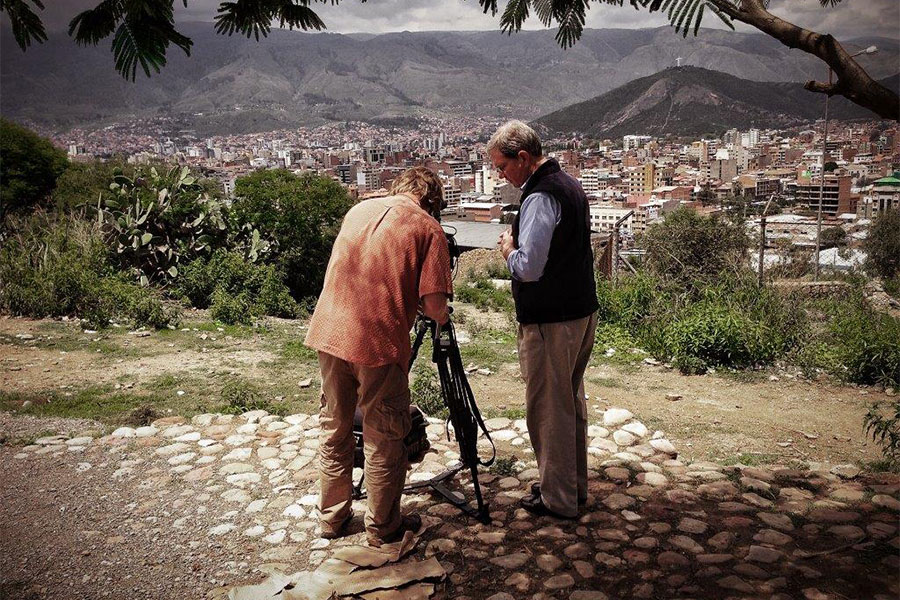 A NOTE FROM THE PRODUCERS

Evangelizing a new generation of Catholics – that is what this DVD is all about! 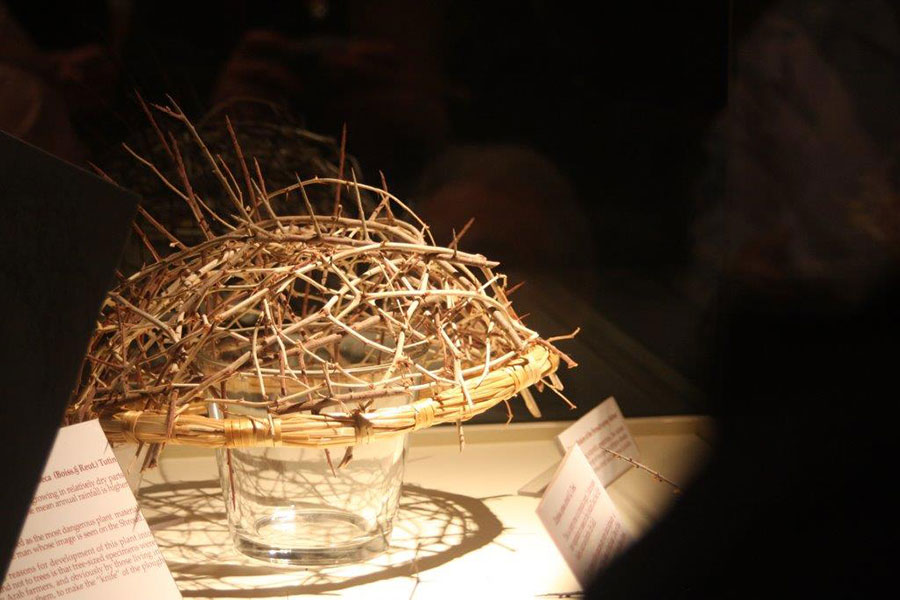 The mission is a simple one – provide a program on the Shroud of Turin not only to educate our young people about the Shroud, but also to enhance their understanding of Christ's passion, death and resurrection. Along the way, we also hope it will deepen their relationship with him.

As you most likely will find out, many of your students will not have heard of the Shroud. Or if they have, they will believe it is a fake painted by an unknown artist sometime during the Middle Ages. While most of the world's experts now agree and believe the evidence points straightforwardly to the fact that the Shroud of Turin is the burial cloth of Christ, the more important point here is what your students think. Along with the DVD, the discussion questions offer the chance for your students to think and come to their own conclusions.

The total running time for this DVD is 48 minutes. It is chaptered into two segments, each about 25 minutes in length. The producers recognize that 48 minutes might be too long for some classes. The chaptering permits the opportunity to watch it over two classroom periods and offer time for discussion, as well. 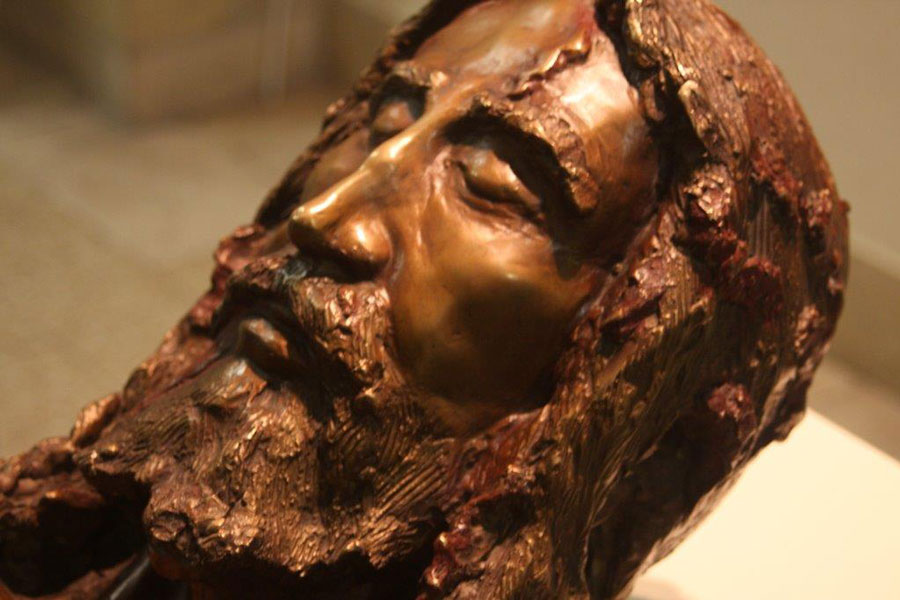 We have also included a special bonus feature with Russ Breault. Russ is one of the experts interviewed in the DVD and is well-respected as one of the world's leading experts on the Shroud. His 22-minute presentation adds yet another dimension to the scientific research on the Shroud. This chapter on the DVD is also designed to be used in a separate class period.

The DVD package includes a 16-page, four-color Shroud booklet, which provides great detail on everything from the history of the cloth to the specifics of the image itself. (By the way, let us know if you need more copies for your students. The cost is $3.00 per booklet.)

Our hope is that this program might become an annual experience for your students during Lent, Holy Week and/or the Easter Season. So we encourageyou to use it often, then file it away and bring it out each year in order that a new group of your students can learn about the Shroud.
Archbishop Robert Carlson of the Archdiocese of Saint Louis calls The Holy winding Sheet "a unique and truly extraordinary tool to evangelize our Catholic youth and become a staple in religious education programs for years to come." We hope you agree.

AN APPEAL TO PARENTS AND GRANDPARENTS

If you are like most parents and grandparents one of your major concerns is the faith of the children God has entrusted to you. One of the most fervent prayers requests from you, we know, is that your children and grandchildren remain rooted in the faith and, if they have strayed away, that they come back to the faith.

The Holy Winding Sheet has been produced to help our young people know and understand the love of Jesus Christ. We would suggest, as a tool of evangelization to educate and strengthen the faith of our young men and women, this program might be something you could use with your children and grandchildren to open their eyes and hearts to the reality of Jesus Christ.

As an added note – if you decide to purchase your own copy of the program for your family, certainly use it as you see fit, but then please consider donating it to your local parish school and/or youth group. 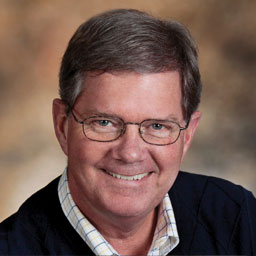 Chuck Neff is a veteran broadcast journalist. He has more than 40 years of experience in the television, radio, and video production industries. He has worked as a news reporter, anchorman, and producer with NBC News in Chicago, as well as TV and radio stations in St. Louis, Denver and Terre Haute.

Chuck is also a Show Host for Relevant Radio, a national Catholic radio network. The Inner Life airs weekdays at Noon Eastern, 11AM Central in nearly 50 markets, including New York, Chicago, and Philadelphia.

A graduate of the University of Missouri School of Journalism, Chuck has traveled extensively to produce documentaries in Brazil, Bolivia, Italy, Bosnia-Herzegovina, and Israel. Over his career Chuck has been awarded 15 local Emmys for excellence as a reporter, writer and producer. He has also received dozens of other national and regional awards for outstanding programming.

In 1999, Chuck was extensively involved in the Pastoral Visit of Pope John Paul II to St. Louis, coordinating the worldwide television pool coverage.

Chuck and his wife, Judy, live in Chesterfield, MO. They have four children and nine grandchildren.